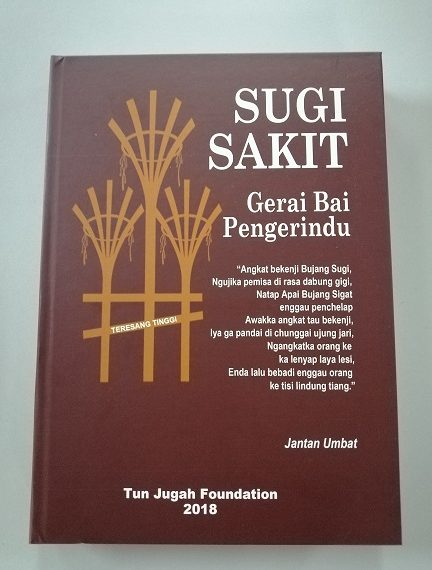 This book, written in Iban, provides a detailed account of an Iban traditional healing rite called Sugi Sakit which is held to cure any aged patient who has little hope of surviving after several other means have been in vain. It is actually a last resort to seek a divine intervention. The book offers elaborate explanation  and  justification as to how  the ritual has the power to heal. It also outlines the sequence of events during healing ritual which culminates in the divination or prognostication rite using a pig’s liver. The full texts of the healing chants are affixed.

Jantan Umbat who hails from Saratok is a holder of Higher School Certificate (Sijil Tinggi Persekolahan Malaysia), Diploma in Teaching English as A Second Language (TESL) from the English Language Institute, Victoria University, Wellington, New Zealand and Diploma of Applied Linguistics, University Malaya (Distant Learning). He is currently a Research Officer attached to Tun Jugah Foundation, Kuching, being there since 2001 with a break of 4 years serving as a contract officer in the State Ministry of Social Development from 2013 to 2016. Prior to joining Tun Jugah Foundation, he had served 33 years in the Education Department, Sarawak as a secondary school teacher, Principal/Headmaster and School Supervisor before retiring in 2000. Jantan has authored and co-authored a few other books published by Tun Jugah Foundation namely Ensera Wat Bujang Sugi, Pelian, Ripih Pengawa Gawai Antu and Bup Sereba Reti. He is also the author of the Adat Resam Masyarakat Iban (Custom and Tradition of the Iban) published by Jabatan Perpaduan Integrasi Nasional, Jabatan Perdana Menteri. He also has authored a few novels and a number of short stories in Iban. During his service in the Education Department, Sarawak, he had been an officer-in-charge of the Teaching and Learning of the Iban Language in schools and he had been conferred with several awards such as Anugerah Perkhidmatan Cemerlang, Pingat Pangkuan Negara (PPN), Pingat Perkhidmatan Terpuji (PPT) and Pingat Perkhidmatan Setia (PPS).